We’ve been poring through the CRTO archives to highlight key events in the progression from 1994 (when the CRTO first officially opened its doors) to now. The first in the series starts with where the profession started and the time just prior to proclamation. There might be a few memories in there for the Respiratory Therapists and undoubtedly, something you hadn’t heard before. Hope you like it.

In Ontario, 2014 marks a milestone in self-regulation with the CRTO’s 20th anniversary. Over the next few months we will take a step back to explore some significant landmarks in the Respiratory Therapy (RT) profession, CRTO achievements and some fun facts and events that were going on at the time.

Pre-CRTO and the RT Background

As most of you will know, the RT profession is relatively young – especially compared to a profession like physicians. Respiratory Therapy in North America originally evolved from advancements in technology during World War II when the oxygen mask was used to treat combat – induced pulmonary edema. Thus, the profession originally began its development during the 1940s, a decade of international upheaval that saw both the beginning and end of WWII. 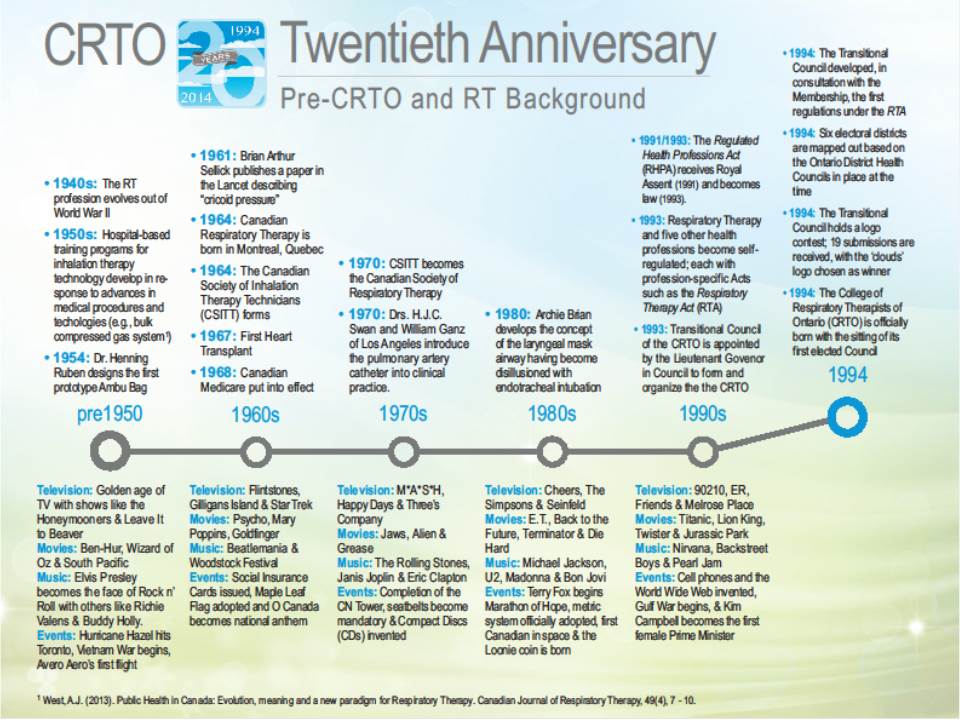 In 1994 a lot happened in the world, Canada and RT practice itself. Nelson Mandela was elected president of South Africa, Canada named hockey and lacrosse as official winter and summer sports and John Candy died. The CRTO was officially born, along with many changes to the health care system and RT practice at the legislation level. For example, the Tobacco Control Act and Smoke-free Ontario Act both came into effect in 1994, marking a new chapter in public health and awareness around respiratory diseases caused by tobacco use. 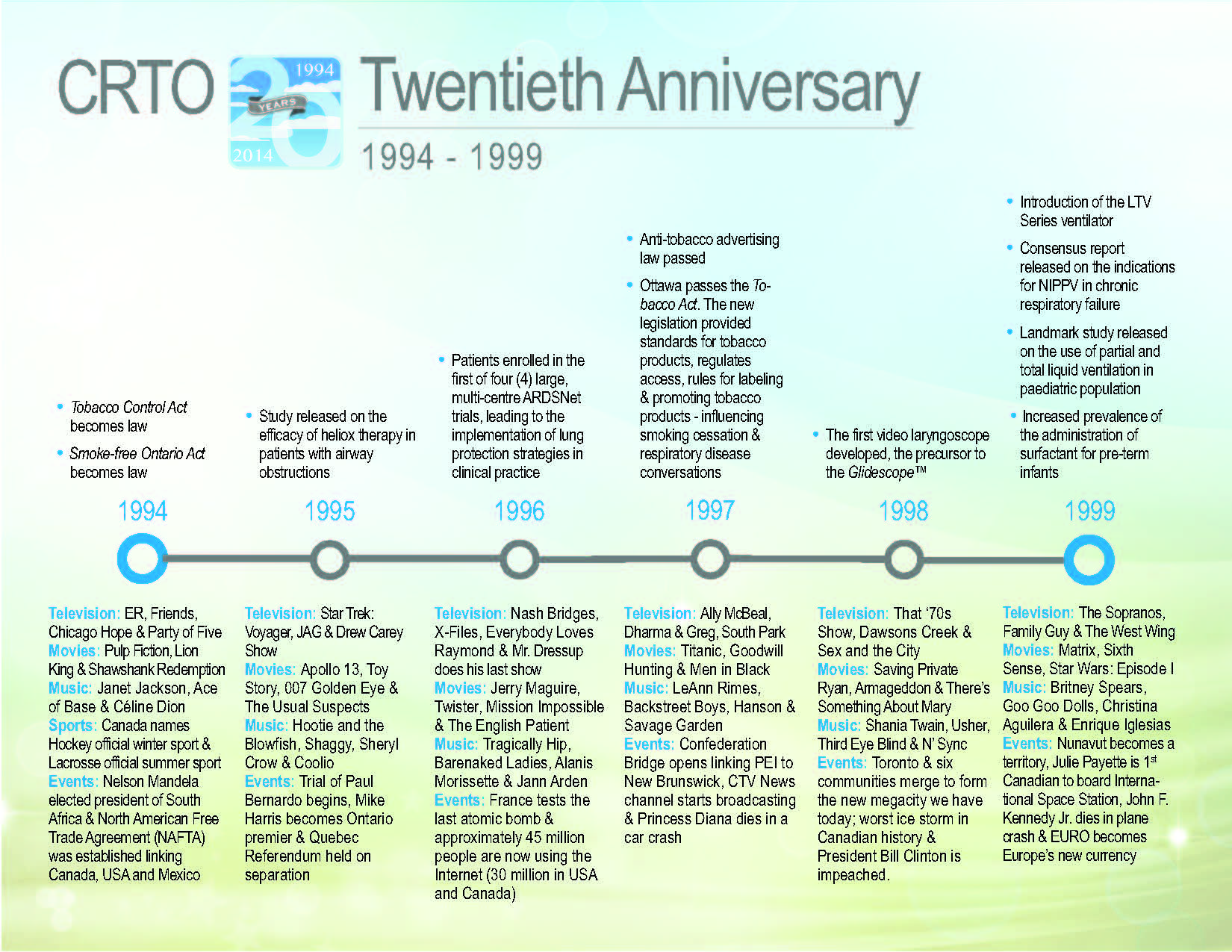 It’s hard to imagine that the turn of the century and new millennium was over 14 years ago! Sadly, many of our predictions for the new era have not yet come to pass – although flying cars and personal robots are likely just around the corner. This month’s series will focus on the years of 2000 to 2004: five years of growth and transition, both in RT practice and the world at large. Below is a snapshot of Ontario, Canada and the world at the time, setting the stage for advancements in RT practice. 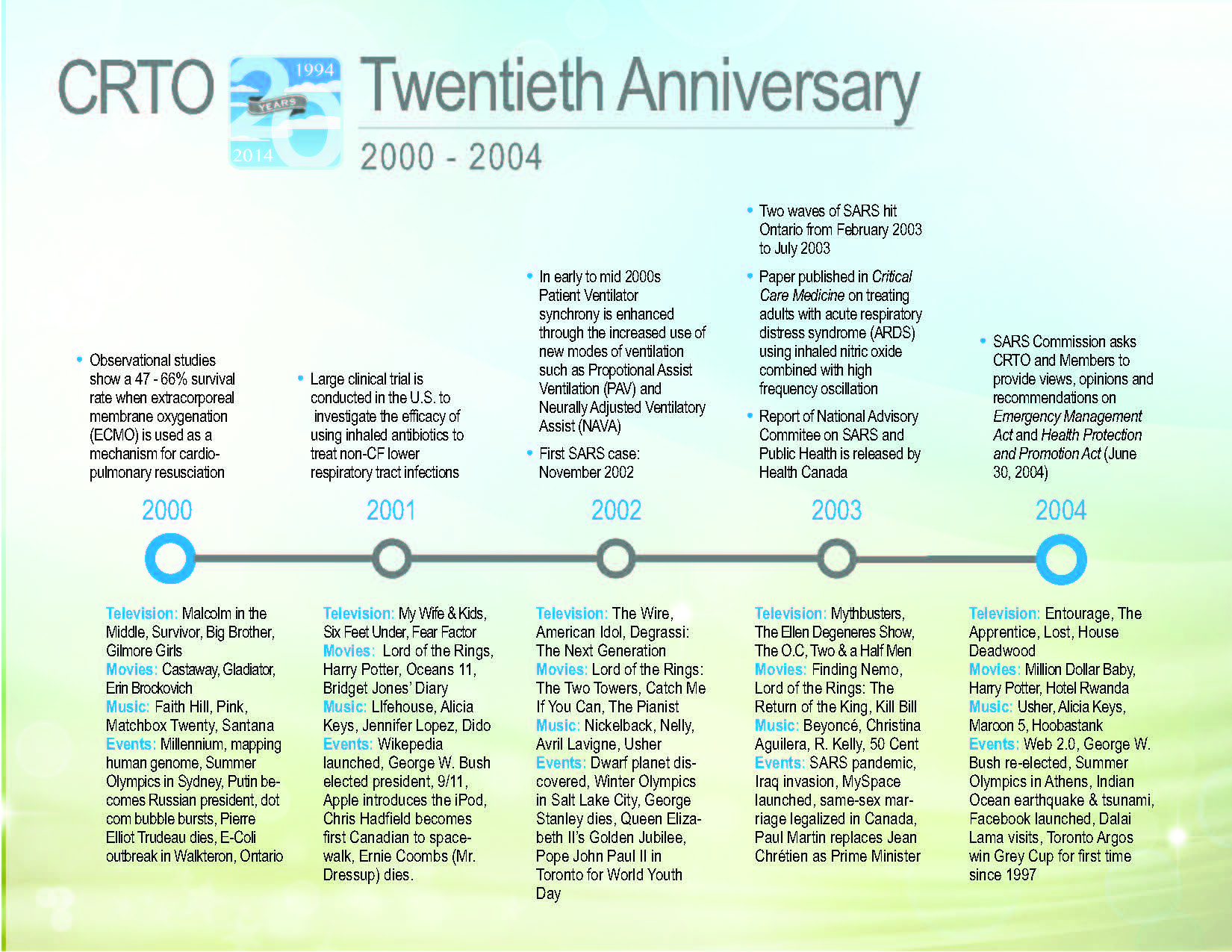 Although 2005 was only a short time ago, the differences between then and now are astonishing. The rise of the digital age and tech-explosion made the world a much faster (and smaller) place – even six months can feel like ages ago. This month’s series features the years 2005 to 2009, a period not-so-long-ago filled with innovation, social change and human development. 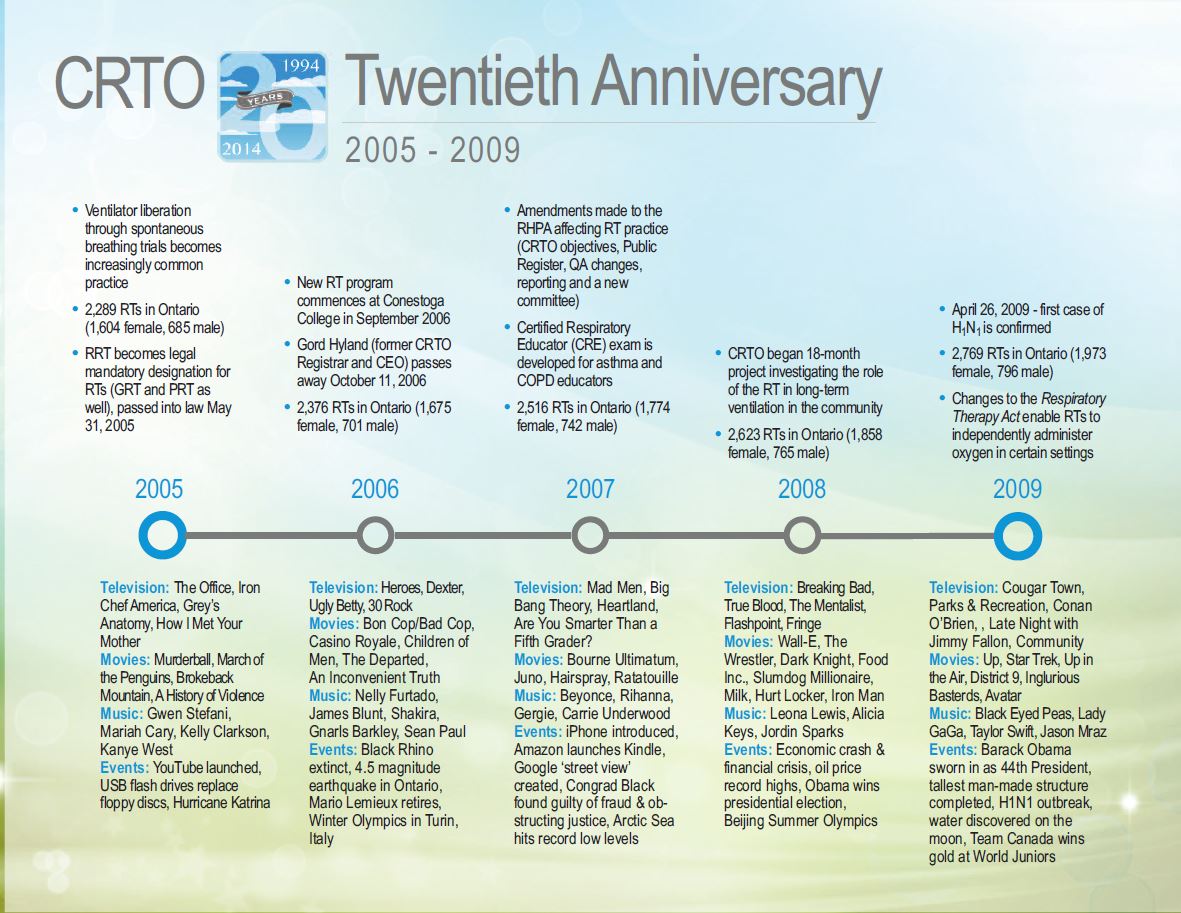 In our final Timeline Series feature, we will look back on the period between 2010 and October 2014 – just in time to celebrate the CRTO’s 20th anniversary. 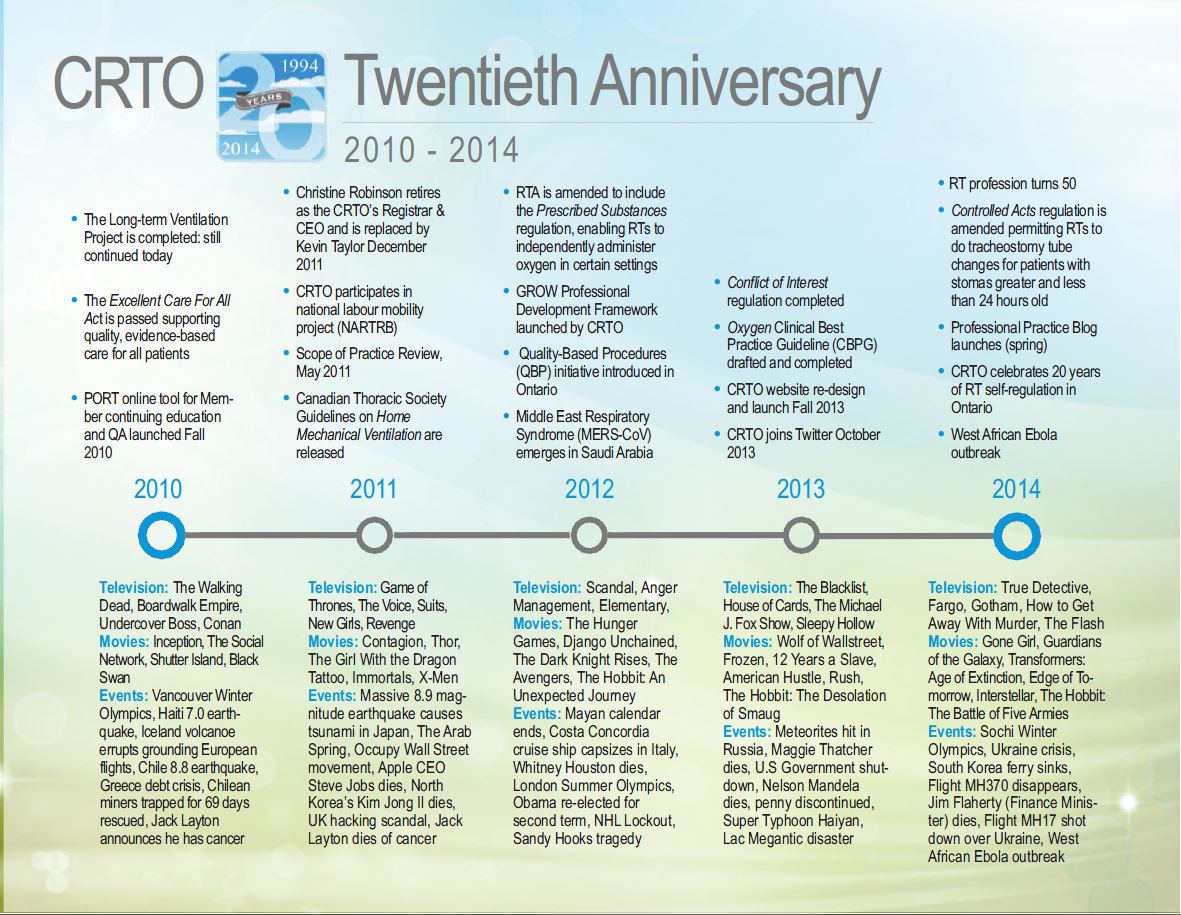